Characteristics of Paintings by Caravaggio 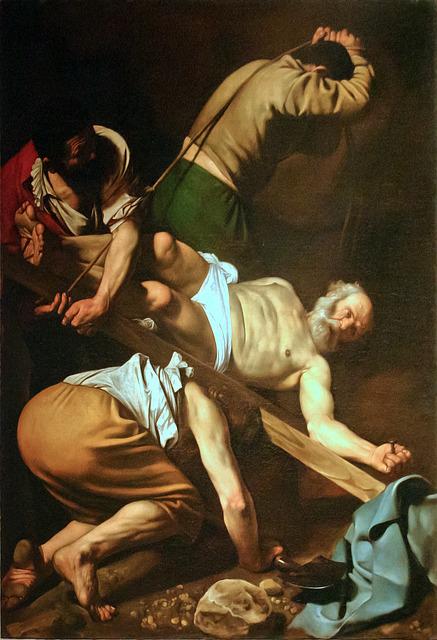 Following the evolution of Caravaggio famous paintings is like tracking the progression of his life: from his modest, humble beginnings in genre scenes, still-lifes, and using himself or his roommate as a model, to his spectacular rise to fame about 1600 and his large-scale, gorgeous commissions, to the darkest of paintings during his final years as a homicidal fugitive.

Michelangelo Merisi da Caravaggio was greatly admired and imitated during his lifetime and after his death. These imitators were known as Caravaggisti. Some painters that he influenced were Rembrandt and Velazquez. Italian painter Caravaggio invented the technique of Chiaroscuro, which contrasts dark and light in masterpieces, making spatial depth and forms through the intensity of light as well as shadow.

The Change Brought by Caravaggio’s Art.

Painter Caravaggio’s compositions’ dramatic emotional depth is due to their relative simplicity. Instead of paintings with cluttered backgrounds, which became popular throughout the Mannerism era, Caravaggio’s works presented the viewer with areas of rest for the sight and hence rested for the spirit. He frequently included himself in his paintings, and in at least one case, he made himself the bearer of light.

See also  Tips to follow for the Video Annotation

When Caravaggio initially introduced Baroque Naturalism, his paintings elicited various emotions. People were both impressed and outraged, especially the most conservative ones. We don’t see idealized figures in his paintings but rather men and women in the flesh. As a result, realism was a key feature in his artistic work. It was the polar opposite of the classical depiction of the High Renaissance.

Caravaggio’s artwork features a lot of natural, earthy colors. These include greens, golds, reds, and browns, reminiscent of the Venetian Renaissance. These colors are more accessible and easily recognized. Remember that Caravaggio was influenced by Renaissance and Mannerism painting, which used a lot of pastel hues to make the art appear otherworldly. Caravaggio’s use of earth tones brings the artwork back to our world.

Caravaggio’s paintings highlighted the authenticity of the human body, albeit with idealized proportions and, on occasion, dramatic positions. However, his contemporaries largely overlooked Caravaggio’s tremendous level of realism. The intellectuals of the Council of Trent desired art to be more natural than the Mannerism fancies that had been popular, but Caravaggio went beyond this request.

The artist depicts everything from dirty fingernails to dirty feet, bruises and wormholes in apples, and holes in pierced ears. Caravaggio’s realism has been a matter of debate among art historians. However, according to art historian Helen Langdon, Caravaggio’s exceptional naturalism had its roots in his instruction as a young artist.

His paintings are full of sympathy and beauty, reflecting the real world rather than embellishing it. Furthermore, his paintings are addressed to the viewer, and each viewer can interpret the works in terms of his or her own life.

See also  Design Your Kitchen With The Best Software

Caravaggio is known as the “Master of Light.” A bright ray from a specific source positioned outside the paintings illuminates his work. The scenes he depicts are typically gloomy, with a powerful beam of light shining down on them, creating vivid reflections and shadows.

Caravaggio only illuminated what he wanted to emphasize. The shadows become a protagonist in their own right, a vital aspect of the composition because strong emotions emerge from the darkness. He was an artist who luxuriated in the darkness of his terrible emotions and passions while living in the light world of art.

Caravaggio’s use of tenebrism and chiaroscuro, or the extreme contrast of light and dark, gives his paintings a dramatic impact that has been compared to a spotlighted stage. Caravaggio created a gritty naturalism in both genre and religious situations by mixing dramatic intensity with a thorough observation of life.

His use of a subdued palette, half-length figures, and magnification of the picture plane to produce intimate, accessible compositions contributed to his tremendous popularity in Europe during the first three decades of the 17th century. The artwork by Caravaggio was appreciated due to its great darkness and lifelike realism. But on the other hand, Caravaggio had a considerable impact on the development of worldwide Caravaggism through the forms of subject matter he promoted and the modification of conventional iconographies he popularized.

See also  What You Must Know About Large Format Printing?

Caravaggio’s paintings were not just groundbreaking in terms of style. His working methods were also unusual.

Chiaroscuro: According to one art historian, Caravaggio placed the “oscuro” in chiaroscuro. His paintings are nearly always identifiable by the stark contrast between an exceedingly dark and melancholy background and an interest in experimenting with light effects.

Co-extensive space: Caravaggio possessed a unique ability to extend the motion of his composition beyond the picture plane and into the viewer’s space. The spectator is nearly like a fifth player in the Supper scene at Emmaus. For example, the arms of the apostle stretch into our space, while the teetering basket of fruit may almost fall to the viewer’s feet.

Before painting, most painters made crude preliminary drawings on canvas to ensure that the composition and proportions were correct. Surprisingly, x-rays indicated that Caravaggio did not do such a thing. Instead of preparatory drawings, the artist would use the handle of his brush to outline rough indications in the first layers of paint and then proceed with the rest of his painting.

Caravaggio’s works impact the viewer, not because of their alleged modernity but because they are so uncompromising in their expressions—expressions of notions that were once common but are now foreign enough to shock. Genius never does things differently only to be different; genius distinguishes itself by doing things better. And in the process, it makes everything appear eternally crucial.

What Type of Car Key Should You Get?

What You Must Know About Large Format Printing?

Design Your Kitchen With The Best Software