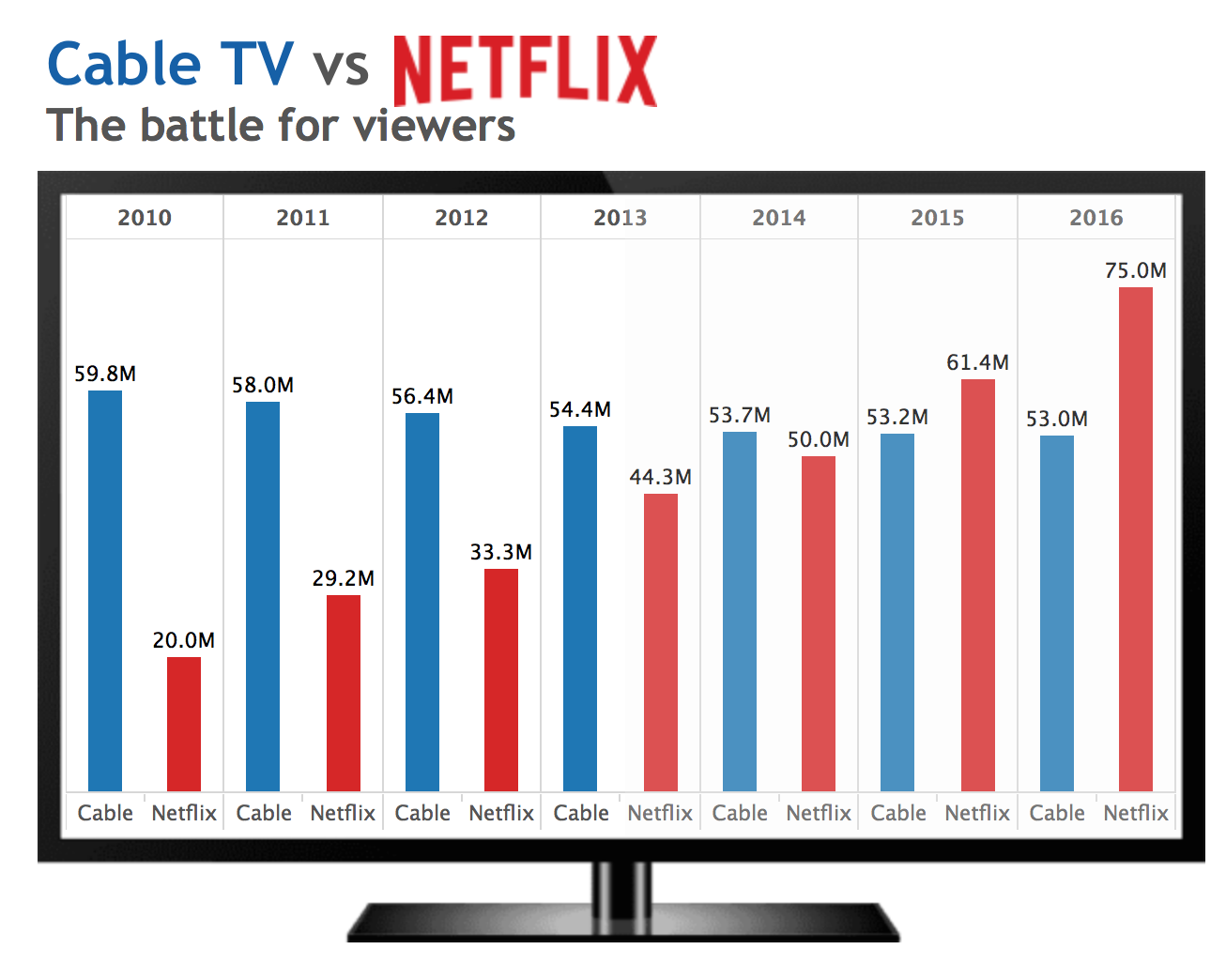 Cable and cord-cutting are popular and trending topics these days. While a sizable portion of the population believes in cord-cutting to save money, others make compelling arguments in favor of cable TV.

In recent years, streaming services have increased, posing a serious threat to cable providers. On the contrary, cable television providers are expanding their offerings in order to retain existing customers and attract new ones.

When it comes to streaming services, the first thing that comes to mind is Netflix. It would help if you had too many questions about starting with Netflix Login; we have prepared an easy guide for you. Whether you agree or disagree, the streaming service provider is the industry pioneer and consistently outperforms its competitors.

Similarly, some cable providers in the country offer bundles combining cable, internet, and phone to entice customers to stay with them. Among the best are Spectrum, Mediacom, and Optimum cable, which offer reasonable and affordable plans and packages.

We will compare cable and Netflix side by side in this post to help you decide which is right for you. However, consider some of the statistics indicating the trend among cable and streaming customers before proceeding.

Cable television has a number of advantages, including a large channel lineup, DVR capabilities, and premium advertising. However, cable television is unquestionably a money-sucking vampire regarding pricing. Apart from the high cable prices, there are some hidden fees, such as cable box rental, contract cancellation, and so on. Plus, if you add premium channels like SHOWTIME, HBO (See HBOMax TV Sign in Guide), and Cinemax, your monthly cost will exceed $100.

Netflix is the cheapest option when compared to cable TV subscriptions. Netflix offers a variety of subscription plans, including basic, standard, and premium, with prices ranging from $8.99 to $17.99 per month. For less than $20 a month, you can watch Netflix on four displays instantaneously and have access to the unlimited movies and TV shows you’ve been looking for.

Channels on Cable vs. Netflix

Cable television is ideal for large and small families with a variety of needs. For instance, teenagers may enjoy watching college football and the NFL championship on a regular basis, whereas children may prefer Nickelodeon. Likewise, adults and nerds would enjoy watching news and channels such as Discovery and National Geographic. Cable TV is a far superior option than streaming service for meeting the varying needs of everyone in the house.

See also  Apply for The Bajaj Finserv EMI Network Card and Get Benefits Hurry Up!

On the other hand, Netflix offers a limited selection of TV shows, films, and Netflix Originals. On the other hand, if you are not a regular viewer of live sporting events, news, or other channels, Netflix will be your ultimate source of entertainment. Similarly, if you live alone in an apartment and barely have time to watch television, Netflix will meet your entertainment requirements.

With a single subscription, you can watch all of your favourite shows, movies, and live events. When it comes to mobility, however, the majority of cable companies do not offer a mobile app that enables subscribers to watch TV on the go. This means that cable TV subscribers can only watch television at home or in other locations equipped with a connection and a television set.

On the contrary, Netflix enables mobility and the ability to watch anything anytime, anywhere. You can download your favourite shows and movies to watch them offline or connect to mobile data to watch them on the go. Additionally, Netflix is compatible with a variety of devices, including smart TVs, Android, iOS, Apple TV, and Roku.

Cable television is a better option for large and small households that are not willing to relocate outside of town or country. The majority of cable companies require a long-term contract, which may carry a hefty penalty if the term is not fulfilled. Individuals who frequently relocate must either find a cable company that offers a no-contract option or subscribe to a streaming service such as Netflix.

Netflix is completely contract-free, allowing you to subscribe and cancel at any time. Whether you do that for a fortnight or a year, you will only be charged on a monthly basis. Additionally, there are no additional charges, as there are with cable services, such as rental boxes, installation fees, and price increases after a year or two.

When it comes to choosing between cord-cutting and cable TV, both have their advantages and disadvantages. It is entirely up to you to determine which is superior and why. If you’re single and don’t enjoy watching sports and live events, Netflix or other streaming services will suffice as an entertainment option.