Thermal Cameras: How Do They Work? 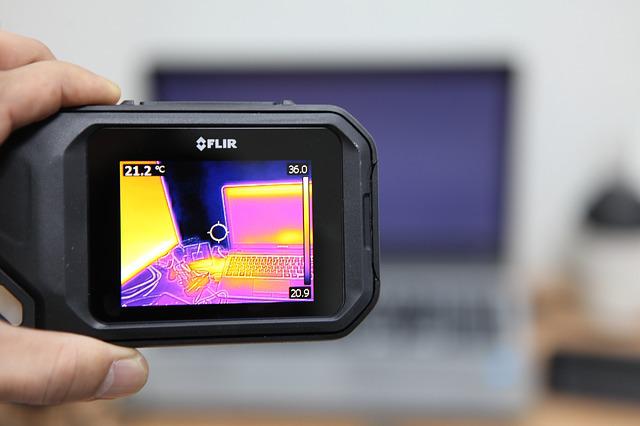 Even though most people would know what a thermal camera is from seeing them used in visual media before, the reality is of course not everyone may have come across them, or indeed know what they were if they did. That’s why a very quick recap of what thermal cameras are precisely is useful here at the outset. In a nutshell, a thermal camera will create an image via the use of infrared light, which allows it to detect and display for the viewer where the camera is picking up heat being emitted from.

A common example of their usefulness in this regard is when thermal cameras are used to help find hikers who have gotten lost in the bush, as human beings will emit more heat than trees, and by using a thermal camera it’s possible for search and rescue personnel to more easily spot a missing person than they would be able to if just use the naked eye, and/or another device such as a regular camera or binoculars.

See also  How Long Do Electric Bicycles Take To Recharge

What Is a Thermal Camera Composed of Exactly?

Every manufacturer can of course bring their own particular design – and some unique traits accordingly – to their thermal camera offerings. This said, there are core components of a thermal camera which regularly feature from one device to the next, which facilitate their operation. Every thermal camera will have a sensor, electronics which process the imagery, a lens, and then housing.

In What Ways are Thermal Cameras Regularly Used?

As detailed prior, thermal cameras regularly find use in exceptional situations, and remote environments. In addition to thermal cameras regularly being used in search and rescue operations, they are also utilised to detect animals in the wild, in addition to other outdoor activities. This said, there’s also an extensive range of uses for thermal images in more conventional day by day activities, such as the use of the devices to pick up moisture in buildings, within autonomous vehicles, and for medical purposes.

Adding an Outstanding Device to the Toolkit

As discussed here thermal imaging cameras are immensely versatile. They can be used for a whole array of purposes, and can often come in handy in unexpected scenarios. It’s why there’s no doubt for any businesses that are yet to have thermal cameras within their range of tools, adding some to the inventory could most certainly be a brilliant idea. If you’re looking for a range of options, check out RS components.

How Long Do Electric Bicycles Take To Recharge

A mobile phone that helps to increase your productivity