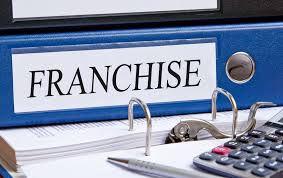 Starting your own business is one of the most rewarding things you can do. But it’s not for the faint of heart. There are many moving parts, and if you’re not prepared for the challenges of entrepreneurship, your business will likely fail. According to the Small Business Administration, about 20% of small businesses fail within the first two years, 45% within the first five years, and 65% within the first 10 years. Only about 25% of businesses make it to 15 years or longer. So how do you become one of the success stories? How do you make sure your business doesn’t become a statistic?

One option is franchising. Franchising is a popular business model that has been around for decades and is growing in popularity. In fact, according to the International Franchise Association, there are more than 740,000 franchised businesses in the United States, employing more than 8 million people. There are many opportunities to own a franchise, and you can find one at Our QSR Franchise Opportunity | Golden Chickden Franchising. If you’re considering franchising, here are eight reasons to do it:

When you start your own business, you’re essentially starting from scratch. You have to figure out what products or services you’re going to offer, who your target market is, how you will reach them, your pricing strategy, and a million other things. It’s a lot of work, and it can be challenging to know if you’re on the right track.

With a franchise, you don’t have to reinvent the wheel. Franchises have a proven business model that has been successful in other markets. This means that there’s already a roadmap for you to follow, which can take a lot of the guesswork out of starting your business.

Another benefit of franchising is that you’ll be able to piggyback off of an established brand. You have to start from scratch to build a brand when you start your own business. But with a franchise, the hard work has already been done for you. You’ll be able to leverage the existing brand recognition and goodwill that the franchisor has built up, giving you a leg up on the competition.

Another advantage of franchising is its built-in customer base from day one. It can take months, or even years, to build a customer base with a traditional startup. But with a franchise, you’ll inherit the franchisor’s customers and marketing efforts.

When you start your own business, you’re on your own. You have to figure things out as you go, and if you make a mistake, there’s no one to help you recover. But with a franchise, you’ll have the support of the franchisor and other franchisees. This can be invaluable when troubleshooting problems, finding solutions and generally navigating the challenges of running a business.

See also  Do I Need To Hire An Attorney After I Was In A Wreck With A Truck?

Another advantage of franchises is that they offer more stability than traditional businesses. This is because they tend to be less affected by economic downturns and other external factors. Franchises are also less likely to experience rapid growth or decline, often leading to business failure.

Finally, franchisees have more buying power than traditional businesses. They can often take advantage of economies of scale and other efficiencies in being part of a larger organization. As a result, franchisees often enjoy lower prices on supplies and other inputs, which can help them be more profitable.

There are many advantages to franchising, including that franchises have a proven business model, an established brand, and a built-in customer base. Franchises also have a support system, which can be invaluable when navigating the challenges of running a business. Finally, franchises offer more stability than traditional businesses and tend to be less affected by economic downturns.