Can Wireless Cameras Work Without Internet? 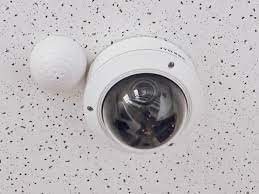 Wireless Cameras Without The Internet

Wireless cameras without an internet connection are mainly used in off-grid homes, farms, and other facilities. The ability of wireless cameras to function in regions where there is no internet access or power allows anyone, whether in rural or metropolitan areas, to safeguard their lives and properties.

Functions Of Wireless Cameras That Can Be Used Without Internet

The following are some of the functions wireless cameras can perform without an internet connection:

Wireless cameras with no internet access can offer 24/7 live footage when connected to a monitor. This helps property owners constantly monitor every nuke and cranny of their properties both day and night.

Wireless cameras don’t require an internet connection to store footage on external devices. The recorded footage enables you to view and refer to the video whenever needed. The footage can be recorded on a memory card or a network video recorder (NVR). However, ensure that there’s enough storage space on your external device.

Though the recorded video can’t be viewed remotely, you can still monitor your property through your computer system. It’s pretty easy to view a wireless camera’s recorded footage on a computer system without internet access. Here are the steps to follow to enable you to view the recorded and live footage.

Wireless cameras provide numerous benefits to both commercial and residential properties. Some of the benefits of the wireless camera include;

Criminals’ habits of staying away from places with wireless security camera surveillance to avoid being caught. Therefore, if you install wireless cameras in your home, your home will be off the target list of criminals.

See also  Everything About The Attractive Features Of Virtual Phone Numbers

In any criminal case, evidence is vital to help solve the criminal’s case and arrest the perpetrators. When you have wireless cameras installed in and around your property, the cameras will capture the images of anyone who tries to commit a crime on your property. Therefore, if your property was burgled, you can view the recorded footage, report it to the police department, and tender your recorded footage.

Wireless cameras can further offer adequate security if combined with other security systems such as alarms. The alarm will sound once the wireless camera detects unwanted trespassers and suspicious activities when both systems are combined. With the sound of the alarm, the trespasser will stay off your property.