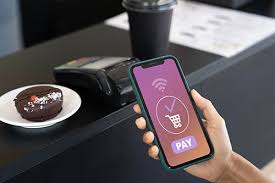 The urban sector contributes roughly 63% of GDP, while the rural economy contributes around 27%. The rural population has a prime role in the country’s economic development.

The challenge lies as internet penetration is still limited to the urban population and not every person in a rural area has a bank account/approach to an online payments gateway.

In an economy, what role do digital transactions play?

The digital economy is one of the essential foundations of a country’s development in the modern world. By implementing digital transactions on a country-wide level, the economy can save money otherwise spent on physical infrastructure.

Digital transactions strengthen the digital economy of a country by making it stronger and more unified. The digital economy has grown exponentially in recent years, and this trend is expected to continue for the foreseeable future.

Businesses can leverage the growth of these online transactions to strengthen their online sales and create a better customer experience.

After demonetisation, there was a successful move to digital payments in urban areas, but in rural areas, cash is still the most common means of payment.

More attention must be given to rural areas to achieve the $800 billion digital economy.

India has enormous potential to reach its goal of being a $5 trillion economy by 2024-25.

However, the “Digital Literacy Gap” is a major hole that needs to be plugged.

In 2015, the government launched Digital India to close this gap and make India a digitally empowered society.

According to research, just about 16% of rural users utilise digital transactions, compared to approximately 47% of urban users.

Even though mobiles are used for entertainment purpose with use of various apps, Rural folks have a difficult time demonstrating trust on the internet. This hampers the possibility of speedy rollout of payment mechanisms.

The lack of trust in sharing their bank account information with someone else on the internet is largely owing to the faith in cash.

Why is it crucial to end the digital gap in rural India?

Digital literacy is a serious problem in rural India.

The lack of digital literacy and the poor infrastructure are the two major reasons why rural India has not been able to catch up with the growth in cities and towns.

See also  How Can Foreigners Purchase Land Legally In Cambodia?

The need of the hour is to onboard people from rural India on the digital front. It will also empower individuals from remote areas of the country, which will lead to an increase in GDP.

Several small enterprises in rural India lack the requisite payment collection equipment. Payment gateways can reach out in this situation and provide small firms with access to various payment choices.

Several problems have been noted by payment gateway service providers when it comes to launching internet payments in rural India.

Many Indians living in rural areas lacked access to banking services, and others, despite having a bank account, have never made an internet transaction.

Digital empowerment policies and initiatives by the government

For a long time, the Indian government has been attempting to transition to a cashless economy. Further, they are also trying to fully integrate digital payments as a widely accepted means of transaction, especially in rural areas.

To address this issue, the National Digital Literacy Mission was established to digitally empower rural communities. Several other digital education projects for rural communities have also been launched by the government and some payment gateways companies.

The advantages of online payment systems, such as convenience, time savings, trackability, and security, need to be made known to the public.

Rural communities need to be educated on various topics, including financial services and how to use basic digital payment systems.

As remote and rural parts of India continue to develop, the demand for online payment solutions will also increase.

These services can help merchants and customers connect with faster and more efficient digital payments methods.

At the same time, these payment gateways can help improve the quality of life for people living in these regions by bringing them into the digital economy.

The online payment platforms are also leaping forward and helping women entrepreneurs in rural India.As more and more people in rural India will gain access to the internet, they will take advantage of the convenience and efficiency of e-commerce.

Rural India has been left behind in the digital revolution as e-commerce has grown in popularity.

Online payment platforms and wallets need to be made available to rural India to ensure that growth is distributed evenly across the country.

Rural India needs financial inclusion and literacy to have faith in the payment gateway system.

To overcome this issue, the government could implement various programmes to aid their growth.

However, the growth of the internet in rural India, the popularity of mobile phones, and the country’s massive population have opened prospects for payment gateways.