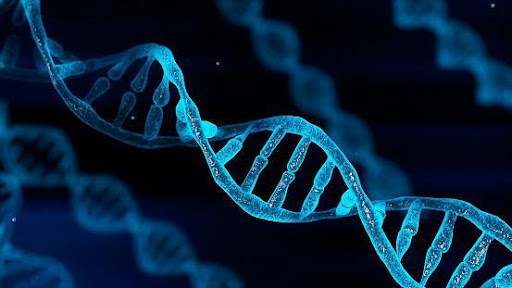 What is Gene Synthesis Technology?

Gene synthesis is a process of chemically making strands of DNA base-by-base. Unlike DNA replication in cells or through a polymerase chain reaction, gene synthesis does not use any template strand. However, to create a complementary strand of DNA, a single-stranded molecule must first have nucleotides added to it step by step during gene synthesis. Gene synthesis is a vital technology for the founding and development of synthetic biology.

In addition, Gene synthesis technology can be used to synthesize any DNA Sequence, including those that do not exist in nature or variants that occur naturally and would be tedious to produce through direct methods such as mutagenesis.

Further, Gene Synthesis technology is used to create recombinant, novel, and mutated DBA sequences without a template. This helps simplify DNA synthesis, which would have been tedious when a traditional molecular technique was used. Further, numerous sequences can be synthesized to help in intensive research. RNA and oligos can also be synthesized using gene synthesis technology.

Once you have decided on the gene of interest, you should design the sequence you want to synthesize. However, keeping the end function in mind would be best. You will also analyze once you have finalized creating the sequence. Analysis helps to determine a perfect method to divide the gene into fragments that will be easy to synthesize and assemble.

Several methods for assembling oligos into larger genome building or complete genes have been developed and successfully applied. However, polymerase-based and ligase-based methods are efficient in assembling relatively short sequences. The Vivo Recombination-based method is the most preferred in making longer sequences. To ensure correct oligo assembly, you need a high-fidelity enzyme such as DNA polymerase or ligase. During the gene synthesis process, possible errors are likely to occur in each step. Therefore, the sequences should be verified, and all errors corrected before use. You must identify any sequence harbouring mutations and correct them or altogether remove them from the pool. Common gene sequence errors include internal insertion and deletions and premature terminations. Accumulated error during gene synthesis can significantly affect the quality of the sequences synthesized.

See also  Why Have Sugar-Free Chyawanprash?

Before synthetic genes are used, they must be cloned into suitable vectors. Examples of these vectors include; plasmid vectors used in transfection and electroporation of cells and viral vectors such as adenovirus, lentivirus, or retrovirus used in the transduction of cells or live animals. Synthetic genes are designed to include recombination arms, restriction enzyme sites, or other flanking sequences, ensuring successful cloning. The Cost of Gene Synthesis

Gene synthesis services are evolving to become cost-effective compared to traditional cloning and other molecular biology processes. Several reasons make gene synthesis more affordable compared to other methods, which include:

The different organization charges varying prices depending on the reagents, components, and technology used in the process. However, Moore’s law has been intensively applied by various companies to determine the prices of gene sequencing. During the early stages of gene synthesis, whole genome sequencing cost 100 million dollars. Currently, genome sequencing costs up to 1000 million dollars. In addition, gene synthesis cost per base applies Moore’s law costing as low as $0.10 base per pair.

See also  What is the cause of recurrent miscarriages?

Biomatik is one of the leading gene synthesis companies specializing in synthetic genes at affordable prices.  Biomatik offers gene synthesis services at as low as 150 dollars. With their vast experience, Biomatik offers cost-effective gene services using advanced technology. Biomatik has successfully recorded remarkable projects around the world for scientists and researchers. Gene synthesis technology has experienced tremendous advancements that have ensured the process is cost-effective, efficient, and fast. Moore’s Law has played a significant role in determining the prices of genome sequences and the gene synthesis cost per base. This has helped standardize gene synthesis costs, making them affordable for all researchers.

Why You Should Visit Dental Daily