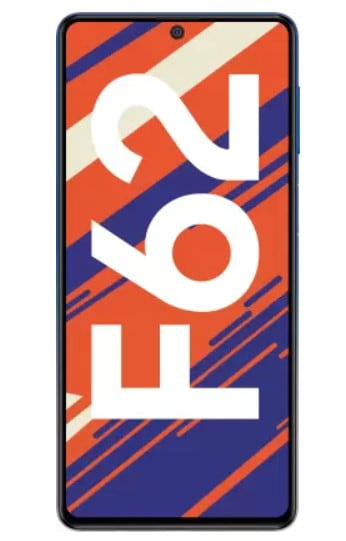 Also read:- How To Rank New Website In Google

Samsung has landed a great smartphone under Rs 20,000 in the Indian market, which is named Samsung Galaxy F62, in which you get to see Super AMOLED display and in this you get a powerful performance processor like Samsung and at the same time. Along with 32MP Selfie Camera and Quad Rear Camera, 7000mAh monster battery can be seen and there are many more such things.

Samsung Galaxy F62 : In The Box

In this smartphone you get to see all the ports and buttons and also you will get to see 3.5mm jack in it, you get Side Mounted Fingerprint Sensor in the right hand side of the mobile and in the left hand side you will see Dedicated SIM Card Slot. In which you can also put an SD card with 2 SIM, you can put your Nano SIM card in it and Type C cable and speaker will be seen in the bottom side of the mobile.

In Samsung Galaxy F62, you get to see 6.7inch FHD + Display, which is a big display and it is a Super AMOLED display, in this you have been given the protection of Corning Gorilla 3, 86% Screen To Body Retio has been given, giving a peak brightness of 420 NITS. And also you will get to see HDR 10+ in it, in this you will get to see very less Side Buzels and it is an Infinitive O Display Canter Punch Hole display, its screen resolution is 2400 x 1080 Pixels and also it has ARN Mali G76 The GPU of MP12 will be seen and 16M display color is available in it.

Let’s talk about the most highlighted feature in this smartphone, which is its processor, in this you get to see Exynos 9825 which is a 7nm processor and this is a Flexsib power flower, this processor is also seen in Samsung Note 10. You can understand what kind of performance you will get to see in this and it is an octa core processor and it is clocked at 2.73GHz, in this you can not lose any performance and also you can do gaming on high setting in which. You will not get to see any frame drops or logs and you can easily do multitasking in this. Talking about its operating system, it works on Android 11.

In this, you get to see a big battery of 7000mAh and it comes with 25W fast charging so that this smartphone, being a big battery, takes about 2 hours when it is 0 to 100% and also network connectivity in this smartphone. Coming to it, you get to see all the necessary sensors in it like Accelerometer Finger Print Sensor, Gyno Sensor, Light Sensor, Proximity Sensor and Geomagnetic sensor and it has been given Dual 4G Volte (4G +4G) as well as Bluetooth. 5.0 and Wifi Calling and wifi support is also available.

In today’s article, we learned about Samsung Galaxy S62 Review In Hindi, how did you like this information, definitely tell in the comment box below and share it on social media.