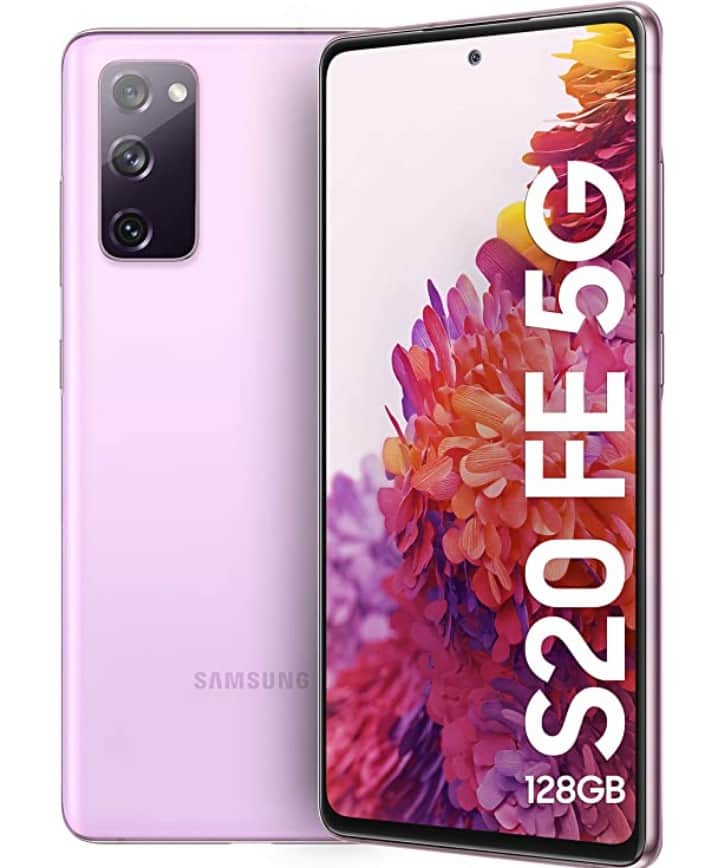 If you like Samsung’s branding then you can buy this smartphone and the one who does not like it can also buy a smartphone because you get to see very amazing features in it, it is a 5G smartphone, in this you have to see Hybrid SIM Slot. get to where you are or 2 may have a SIM card promotions, then put a SIM and SD card which you put SD card up to 1TB it can large storage up to 1TB  which you can find Nano SIM card lets Samsung Know about one thing about Galxay S20 FE 5G Smartphone Review In India, that too in detail, so let’s start again.

In the Samsung Galaxy S20 FE 5G Smartphone, we will first talk about how its look and build quality is, so the design of this smartphone looks premium, in this you get to see the plastic back which is of good quality and has a metal frame. Has been given

You get to see this smartphone in 3 colors Cloud Green, Cloud Lavender and Cloud Navy color and it looks very cute to see, its In Hand Feel is also good and when it comes to port then in mobile. upwards SIM Card Tray meets and right side in the Volume uP down button to get to see more down side is seeing Stearo Speaker and type C cable port and weighs approximately 190g around the |

Triple camera is seen in the rear in the smartphone, which is 12MP + 12MP + 8MP respectively and it has also been supported with OIS, its main camera has been given 12MP and 12MP Ultra Wide Camera and 8MP Telephoto Camera has been given. Talking about the video recording of the camera, this smartphone can record videos up to 720p, 1080p and 4k, that too at 30fps and 60fps and in this smartphone you will get to see a 32MP selfie camera which is a great photo click. does |

Talking about the display of Samsung Galaxy S20 FE 5G smartphone, you have been given a 6.5Inch FHD + Super AMOLED display, 20.9 Ratio has been given a high refresh rate of 120Hz and it has the protection of Corning Gorilla Glass 3, you know. Samsung does not compromise on its display, its screen resolution is given 2400 x 1080 pixels.

The display of this smartphone is tremendous and if you watch movies in it, then you get to see the top level quality. In this smartphone, you have been given the support of In Display Fingerprint which works very fast and also has Face Unlock Feature. Also given it also works well and fast.

In this smartphone, you have been given the operating system of Android 11, as well as this smartphone has given you a powerful processor of Qualcomm Snapdragon 865 and it is a 5G processor and is an octa core processor type which is clocked at 2.7GHz.

In which you can easily do gaming on high setting, in which you do not get to see frame drop or log and the game works smoothly, in this you can also do multitasking easily. In this smartphone you get to see a powerful processor. |

Also read :-  How To Rank New Website In Google

Talking about the network connectivity of Samsung Galaxy S20 smartphone, in this you get the support of Dual 5G DSDS (5G + 5G) Stand By and can also use Dual 4G SIM, in this you are also given the facility of Wifi calling. You have been given Hybrid SIM Slot which means you can put Dual SIM or Single SIM + SD Card at once, in this you have been given Bluetooth 5.0 and in this smartphone you will get to see all the necessary sensors.

If you want to buy Samsung’s Galaxy s20 5G smartphone, then you can buy it, you get to see great features in it and it is a Flaksip smartphone, yes its price is a bit high, which could have been a little work, in today’s article we have Samsung Galaxy S20 FE 5G Smartphone Review In India Review I hope you have liked the Esx Review.

If you like this information, then definitely tell by commenting below and also share with your friend on social media.