What is Bluetooth and how does it work – Complete information 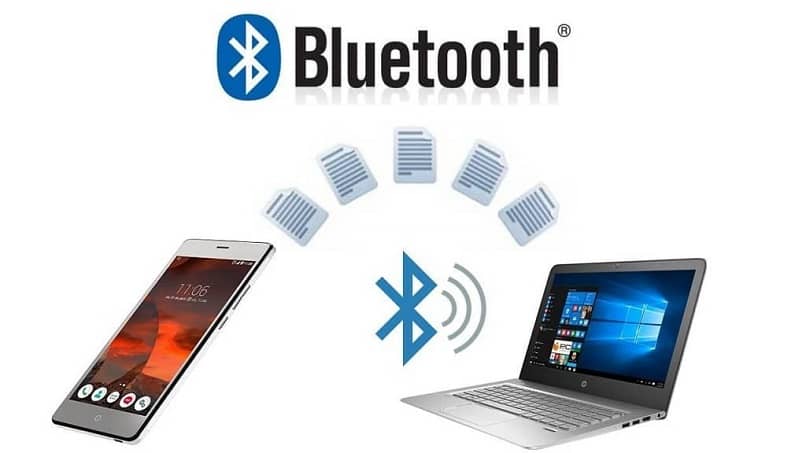 The way technology is developing in today’s time or with the development in technology, in today’s time, the most used electric device without cable is being emphasized, in today’s time almost all devices are wireless (without wire). It is becoming as if you can control the computer without mouse or you can listen to music by putting headphones without wire. In today’s time, various mediums are being used to connect electronically with each other. One of them is the name of the medium Bluetooth, you must have heard its name and you must have used it too. In today’s article we will know what is bluetooth and how it works What is bluetooth so let’s start.

Also read:- What is the difference between laptop and computer

Bluetooth क्या है ( What Is bluetooth )

Bluetooth is a wireless technology by which we can exchange data by connecting two or more devices together Bluetooth uses Low-Frequency Radio Web, through which we connect 2 or more devices together so That a small network is formed, now this device can communicate with you by staying within the range of the network device. Within a very short distance that you can transfer data, it is mainly designed to communicate between the devices from a distance of 10 meters to 100 meters, using this cable to the user. , ports or adapters are not required and this allows them to communicate wirelessly.

Bluetooth can be commented on from more than 7 devices at a time, most of it is used in industries like smartphones, personal computers, printers, digital cameras, laptops, and gaming consoles, no matter what the device is, everyone needs to transfer data. Sometimes it is needed but the most important thing in this, in whichever device you have to transfer data, it is necessary to have Bluetooth in both the device and the one who transfers it, only then you will be able to use it, although nowadays in almost all devices you have to see Bluetooth. Whether there are smartphones, laptop computers, speakers, wireless headphones, and many other devices in which you get Bluetooth, data security is also taken care of in this technology, a special has to be given before establishing a connection, then other devices If the user agrees to join the connection, only then the connection is connected and data can be exchanged.

the invention of bluetooth

Hartson, working on the Ericsson system, invented Bluetooth in 1994. For its use, 6 big companies such as Nokia, Toshiba, Sony Ericsson, IBM, Intel and Ericsson had formed the Bluetooth Special Interest Group on May 20, its name is Bluetooth. King Herald of Denmark was taken from Bluetooth, who ruled in the tenth century. Due to its ability to avoid war by communicating with each other, the technology was named Bluetooth, which can exchange information and data by connecting many electronic gadgets at the same time.

It is specially designed to work in LTE Cellular Technology

All these can be easily connected to the Bluetooth device of this second version, so that you will not have any problem in data transfer.

Bluetooth is being used by almost everyone in today’s time, it is used in the use of electronic gadgets such as connecting a mouse and keyboard, connecting a computer to a printer to print, 2 computers or laptops. Bluetooth is used for connection by wireless connectivity, to connect speaker and computer or mobile via bluetooth and to connect two mobiles via bluetooth to send data like images, songs, videos etc. to each other in mobile It is known that bluetooth is built in in mobile and laptop, apart from these, separate bluetooth devices also come with which it is used by connecting to computer or mobile, it is very cheap.

To use it, the Bluetooth available in the Bluetooth device is turned on, after which it finds the nearest device available and connects with it, then a network is formed between them, after which it is completely ready to communicate. And now they can exchange data and if a device goes out of the network, then its connection with the network is broken.

See also  What Are The Pros And Cons Of Getting An Email Provider?

What are the types of Bluetooth networks

There are mainly 2 types of bluetooth network first is Master and second is Slave.

When many bluetooth devices are connected in the network, then one device is primary or master device and all other devices are secondary or slave devices. There are mainly 2 types of networks in bluetooth.

Multiple Piconets is called Scatternet The same device which is a Slave device in one Piconets can act as Master Day in Piconets in another device because of this reason one device is part of 2 Piconets but more than one device has Master Device in Piconets As you know, Scatternet is prepared by connecting more than one Piconets, if a device is a Slave device in any Piconets and Master device in other Piconets, then the data or message received from that Piconets in which it is Slave. You can send data to your Slave Device in other Piconets in which it is the master device.

Its biggest advantage is that it can connect devices to each other without level and data can be exchanged from one device to another, the capability of this technology is high, which you can transfer data even on the wall. It is cheaper than other wireless technology and requires a lot of energy, so it consumes the battery of the device.

In today’s article, you will have to know what is bluetooth meaning in hindi and how it works, if you like this information, then definitely tell by commenting below and share with your friends on social media.